I learned something from an African last week.

Part of my work here is to facilitate relationships with stakeholders, donors, and statutory authorities for the projects underway at the Hospital.

I had a meeting last week with the head of an organisation which funds HIV/AIDS-related programs in Kenya.  As a part of their work they fund WASH (water, sanitation, and hygiene) projects to allow those suffering from HIV/AIDS to take their antiretroviral medicine without getting sick from the water.  On paper, their goals directly aligned with the objectives of our projects, and this was very promising!  I spent a lot of time planning my approach beforehand on paper, with agenda items and key outcomes highlighted.

At 2:00p, I was greeted warmly, invited in, and offered something to drink.  The Chief Executive enquired about my family, their health, how I liked Kenya…we had a warm and friendly conversation for 25 minutes about our respective families and each other.  We then shifted gears, and he explained a bit about the corporate goals of his organisation.  It became clear that in his view, there was not alignment between their goals and our project needs.  I pushed on this a little bit, as on paper it appeared that there was.

Without telling me “no” (because he is Kenyan, and this would be culturally akin to slapping me in the face with a goat), he explained their goals in greater detail and suggested a few other avenues the Hospital might explore to look for funding.  It was clear there is not a fit between our two organisation’s needs, and I thanked him for his time.  At 2:30, we said our goodbyes.

From a Kenyan perspective:  Time spent on important matters = 30 minutes.

From a Western perspective (including this outcomes-oriented project manager):  Time spent on pleasantries = 25 minutes, Time spent on important matters = 5 minutes.

Over the last few days, I have kept returning in my thoughts to the difference between our cultural approaches to this meeting.  The CEO took the relational approach deeply embedded in African culture:   politeness, honor, relationship, conversation, family.  I took the outcomes-oriented approach, and saw the first 25 minutes of the meeting as somethign to be ‘gotten through’ until we approached the ‘real work’.  As I adjust to life in Africa, these differences can be maddening at times…from the perspective of the Western business mind, on the surface it seems so much ‘productive’ time is wasted, discussing personal matters in meetings that could be ‘parked’ until after the important agenda items are dealt with in a meeting.

My recent experiences have left me wondering if the African relational approach may actually be an echo, a reflection, of how we were originally created to live and relate to each other.  Something that we in the West may have forgotten in favour of the (good) habits of productivity and hard work.  It’s not that ‘relationship’ is to be valued to the exclusion of productivity; on the contrary, both are good and I think a reflection of how we are intended to live and prosper.

They are both good.  But I notice in myself a tendency, a habit, to sacrifice relationship for outcomes and productivity when necessary.  To subject one to the other, relegating relationship to a tier below that of the ‘real work’. 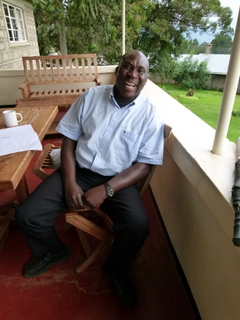 I suspect that a specific example of this prioritisation of outcomes over relationship can be found in how we approach God in prayer.

Over the last 24 months, as we have walked through some pain and struggle in our family, and have moved to our third country in seven years, I have noticed in myself a growing lack of desire to pray.  I have prayed regularly for certain people and outcomes for years, and seen no discernible answer.  This has had the net effect of decreasing the amount of time I spend in prayer ‘asking God to do things’.

As usual, it is in what we actually do that what we believe can be found (as opposed to giving verbal assent to a list of doctrines), and as such it is clear from my prayer habits that I have developed two ‘beliefs’ in recent years:

Belief #1.  God largely stands outside his creation, and allows us to care for ourselves.  He has created us with ‘free will’, and hence we largely ‘reap what we sow’.  There certainly is a supernatural dimension to life, and God does interact with us on a additional plane from merely the natural, but by and large he does not intervene in the world.  Hence, praying for him to ‘do things’ is more often than not a waste of time.

Belief #2.  Much of prayer, at its core, is trying to get God to do something.  It is outcome-focussed.  When God doesn’t answer my prayers, I either pray more fervently (depending on how strong I feel about the outcome), or I stop praying for it.  See Belief #1.

Mind you, if you meet me on the street and ask me if I agree with these two beliefs, I will say of course not!  How could I, when I have multiple examples around me of the opposite; of a God who regularly interacts with his creation, and with whom I regularly spend time in prayer about what we are doing together.

But my actions would contrast sharply with my words.

These beliefs, especially the second one, are being challenged by the lessons I am learning in Africa.  There’s something totally absent from both of them:  relationship.

The theologian and scholar J.R. Lucas points out that in the natural world, we can usually cause the outcomes we desire to come about by following the logic of the natural world.  For example, if I want my lawn to be lush and green, I fertilise, aerate, mow, and water it.  If I wish to take good photographs, I might buy a good camera, learn how lighting affects a photo, and study how to compose a good landscape or portrait.  But Lucas points out that this ‘logic of thingly causality’ bleeds over into our relationship with God to our detriment.

“…God we may not take for granted: he is a person, not a thing…Paul’s antithesis between justification by faith and justification by works could be rendered in modern terms as the insight that salvation depended on one’s attitude and was not a matter of technique, It follows from God’s being a person….Because God is a person, we cannot hope that he can be secured by anything less than a whole-hearted approach [emphasis added].  A grudging observance of the law of nature is enough to secure domination over nature, but a grudging reception of the sacraments or a prudential obedience of some moral law will not win the love of God any more than it will the love of a human being.”

God is a person, not a thing.  Like my wife or my children, he can’t be ‘secured’ by anything less than a whole-hearted approach.

The African relational approach is teaching me that I can’t cause God to act by my own ‘logic of thingly causality’–He is a person, and wants a relationship.  He wants a whole-hearted approach, where we are talking together about the things that are important to both of us.  Hence prayer itself is a natural extension of a relationship; outcomes naturally follow from the time we spend with your friend.

This insight helps me see how bereft of relationship my two beliefs above have become…and I am deeply convicted that an outcomes-focussed approach with God widely misses the mark of what He desires, and causes us to only skim the surface of the depth of relationship that He desires to have.

And it makes me want to pray more and pray deeply.

A week ago I blogged about Michael, a 4 week old who needed heart surgery.  The next day, not having...