Some of you may have read one of my first posts after starting work at the hospital about baby Mary, born at 855 grams and abandoned.  It took us until July to untangle the bureaucratic mess of legalities surrounding her placement, but she finally went, at the age of 4 months, home to Naomi’s Village, a children’s home started by the Mendonsa family which is located just a few kilometres from here.

This is Mary last week (top left), celebrating her 1st birthday.  Vivacious, energetic, a source of love and laughter for the only family she has ever known.    Cruising around, crawling, babbling.  For me, Mary has been one of those little beacons that gives me hope when I’m not sure how much good we are doing here.

Below right is baby of Catherine, let’s call her Victoria because she is such a courageous, strong little girl.  Mum’s waters broke way to early, and Victoria’s life was in danger.  The obstetric team felt like she’d have a better chance of surviving outside of mum, so after giving mum some medications to try to mature Victoria’s lungs, she was born by c-section this last Friday. 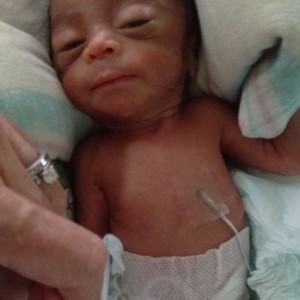 We are always consulted before the baby is born in these cases – Jennifer had sat down with mum, and explained that Victoria’s chances were not good – her ultrasound showed that she was 26 weeks and probably around 970 grams.  Jennifer explained that we could try to help her lungs with a very expensive medication costing about $200 a dose, but that if Victoria didn’t look like she was trying to live at all, we would not spend the money and just let her die peacefully.  And Jennifer and I just waited and hoped that the other one of us would be on duty when she arrived.

So on Friday afternoon, with 3 staff members off sick or absent, a full nursery and 2 babies convulsing in the emergency department, I received the call that Victoria was coming.   We quickly transferred a twin from one incubator into her brother’s incubator to share so we’d have somewhere warm to keep Victoria.  We set up the airway equipment and the medications, including some adrenaline, and we prayed.

I have never seen such a small baby make such a ruckus when first born.  At a whopping 830 grams, where other babies would gasp like fish out of water, Victoria looked around at us, with a very stern expression, and proceeded to holler.  She actually hollered, like a term baby.  It was remarkable.

We took her to the nursery,  where we measured her oxygen level – 100% just breathing on her own. I decided that, given her prematurity and the fact that it was 3pm on a Friday with inexperienced doctors scheduled to be on over the weekend, that the best choice would be to give her the lung medication now, while she was stable, rather than at 3am after she was deteriorating.  The next hour turned into a horrible dance as, during the administration of the medication, her oxygen levels deteriorated, her breathing tube became displaced not once, not twice, but 3 times, and her heart almost stopped, requiring chest compressions and adrenaline.

After the adrenaline, she wasn’t moving.  Her pupils weren’t reacting.  I was on the verge of tears, that this vigorous little girl had so quickly been lost.

And then, incredibly, marvellously, she started to move her arms.  She started to fight.  And again, to holler at us.

Since then, she has been one of our model babies.  Deciding she needed no oxygen, thank you very much – she’d like to just breathe the same air as the rest of us.  Enjoying breast milk dropped into her stomach through a nasogastric tube.

She has a long way to go.  She’ll be with us until she’s at least 2 kg – if a blood infection, gut problem, lung complication or bleeding into her brain doesn’t set her back.  That will take at least another 2-3 months.  Her mum knows that we are not out of the woods – but the smile on her face today when I saw her in the nursery gave me such joy.

Because, if Mary can make it here without a mother, maybe Victoria, nestled in the love of her ever-present mother, can make it too. 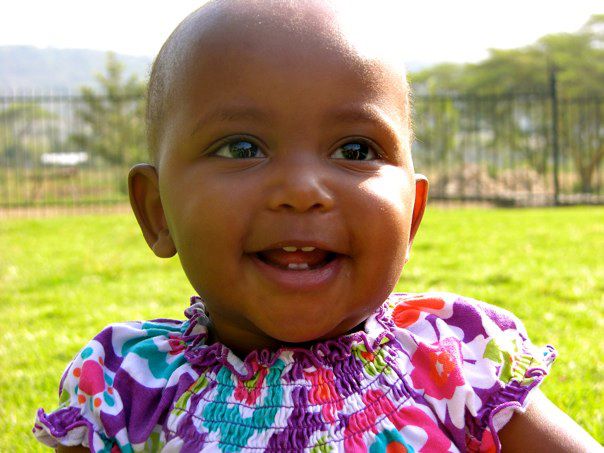 A couple of days ago I took a walk with a couple of the residents from a small village down...