This morning, Riley, Liam and I had the privilege of attending Caleb Myhre’s graduation ceremony at RVA … Caleb is the second of four children in the Myhre family, and in the always-on-call life that is living and working in a small African mission hospital, Jennifer and Scott are more than co-workers to us … they are mentors, good friends, and family.  The Myhres raised their family and worked at a mission hospital in Uganda for seventeen years before coming to Kijabe during their kids’ high school years at RVA, and so this graduation ceremony had special meaning for them.

At Caleb’s ceremony today, I was unprepared for the emotion I experienced.  It was more than the tears in his graduating class, many of whom have spent their entire lives in Africa despite the fact that they hold South Korean, American, Australia, British, or Canadian passports, and are like family to each other at RVA’s boarding school … more than the normal emotion-inducing milestone that a graduation or marriage is for a parent … I was moved by what this all means, and by the thought that I might be experiencing this one day.

The child who has grown up in Africa and doesn’t fully know life in any other culture, going away to another country to university, where the only real thing they have in common is the seal on his passport … the parent who has braved the risks of raising a family in the under-resourced world, and then says goodbye to their child to go off to university on another continent, in a culture that is not really their own.  There is a term for this amongst missionaries and expats…”third culture kids“.

And then back home to unpack the latest shipment of books from Renovare.  They’ve partnered with us to deliver the spiritual formation class at Moffat Bible College, and this was their second shipment of course materials … including nine copies of Celebration of Discipline by Richard Foster, and a new compilation of classic Christian writings, 25 Books Every Christian Should Read:  A Guide to the Essential Spiritual Classics, with selections from each book.  And last, but not least … two bags of Starbucks coffee.  Now these are people who understand spiritual formation! 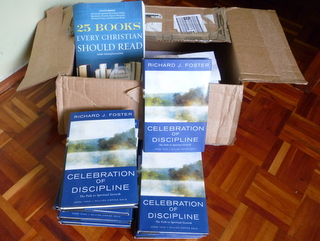 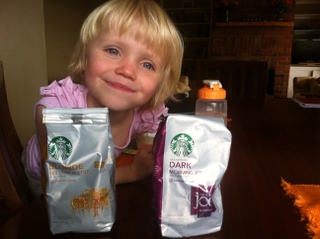 This afternoon it was off to Moffat, to attend the farewell party for Rich and Kathy Harrell.  Rich and Kathy are heading back to California to retire after 35 years as missionaries in Africa.  They are the kind of people you wish you could put in Calvin and Hobbes’s “Duplicator” and just make more of … encouraging, joyful, wise, passionate about excellence. 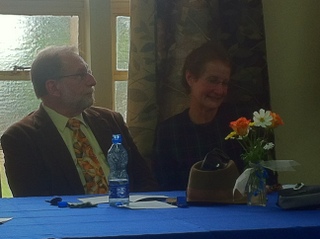 Rich was Academic Dean at Moffat when I arrived last year, and I sought him out for advice before I taught my first class.  Among his wise pearls imparted that day was:  “In each class you’ll have students from a minimum of 5 tribes, most of whom have lost one or both parents, all of whom come from poverty, and all of whom speak English as a third language … I suspect you are going to be a great blessing to them, and they will be a great blessing to you.”

He was right … I’m not sure who has learned more from my classes … me or them.  It’s a close call.

A few hours later, early evening, I receive a phone call notifying me that the board of elders in the Kijabe area has approved all of the 7 proposals that I presented them yesterday on behalf of the Water Committee.  First off the bat is new water tanks for the community, which will immediately alleviate the water shortage being experienced by the community.  Next off the bat is a new water pricing structure to encourage conservation and fund capital improvements.  After that, a change to how water is managed in the Kijabe area … we’re introducing “Water Supply Zones” based on elevation, each with their own Main Supply Tank and multiple sources of water.  We’ll have five of these … you can see four in the attached graphic. 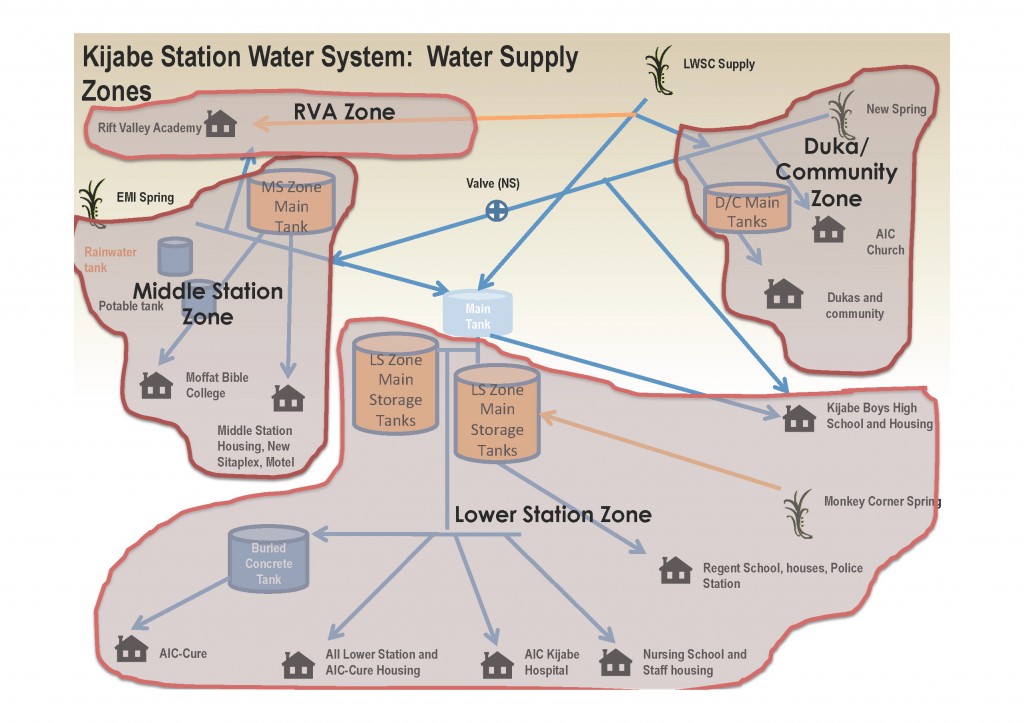 Today was a day of being reminded of something I learned from managing infrastructure projects … at any given time, a project is in one of three stages:  birth (development), life (delivery) or death (commissioning and closeout).  And each stage has a different “feeling” to it … a different level of excitement, energy or work culture.  Some people like the birth and life stages more, and join a project at the beginning, and quit before the end so they can move on to a new one … and some enjoy the “death”, the closeout of all the details, disposing of assets, and final paperwork.   And, often, in a program of multiple projects, you are experiencing all three at the same time on different projects.

Today I was privileged to experience all three at the same time:  the “life” of a graduating senior, the “death” of a retirement ceremony, the “birth” of a growing relationship with Renovare, and the “birth” of a new season of adequate clean water in a community.

The Hospital made the decision this week to commence construction immediately on the Sanitation Project.  We don't have the money...