One of the highlights for me of the last few weeks has been the progress of the Sanitation Project.  We’re at about 50% construction completion, with most of the new pipeline buried and manholes built.  All that remains is to construct the large treatment ponds and inlet works downhill of the Hospital, and Lord willing when that is finished we’ll commission Kijabe’s first wastewater treatment plant:  gravity (not electrically) powered, sustainable, and environmentally friendly. 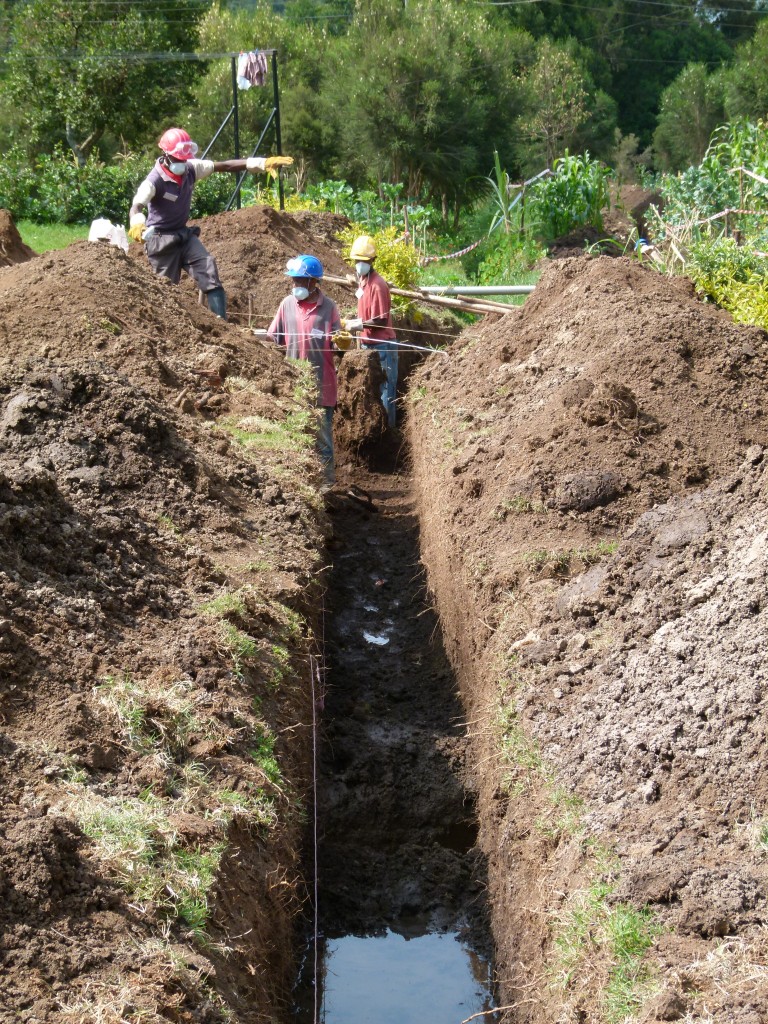 Pipelaying and manhole construction before (July 2012) 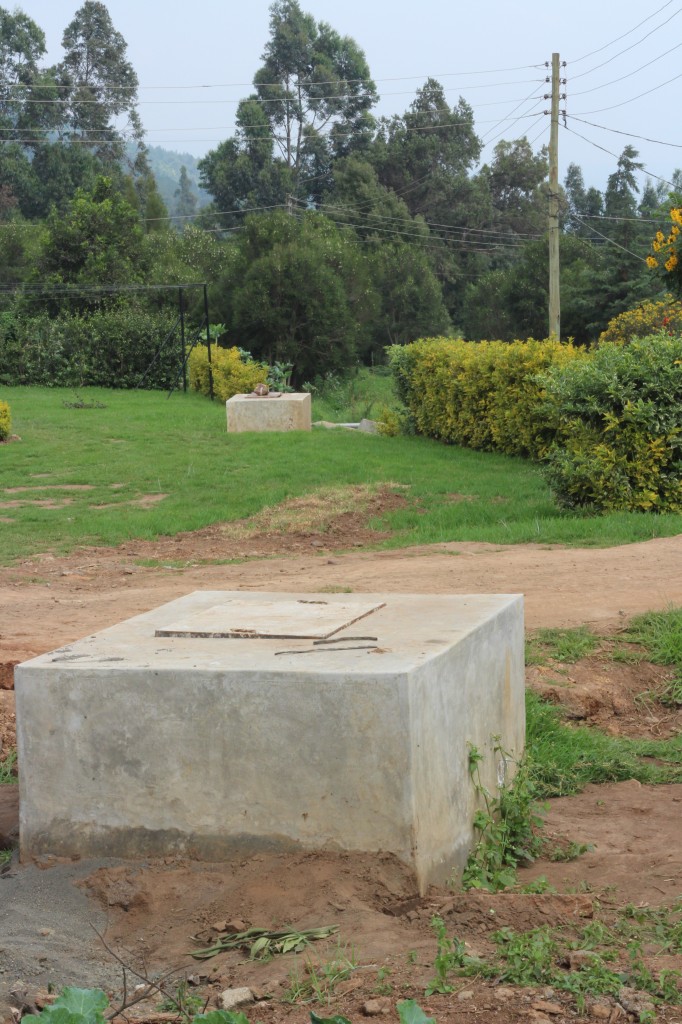 This project has moved at what has felt like the speed of light…16 months from concept design to 50% construction completion.  This is just unheard of here, and is testament to me of the nexus between God’s timing, God’s favor, and the power of good project management practices.  In other words, while we spent a lot of time planning and preparing, we had little influence over the timing of the project and the favor with which it has unfolded!

It seems like yesterday that we were holding concept design and construction planning workshops, developing a budget, and engaging stakeholders including the Kenyan environmental statutory authority and the Kijabe residents whose front yards were going to disappear underneath mountains of dirt for a few months.  And all this while praying, “Lord, how in the world is this even going to be possible?” 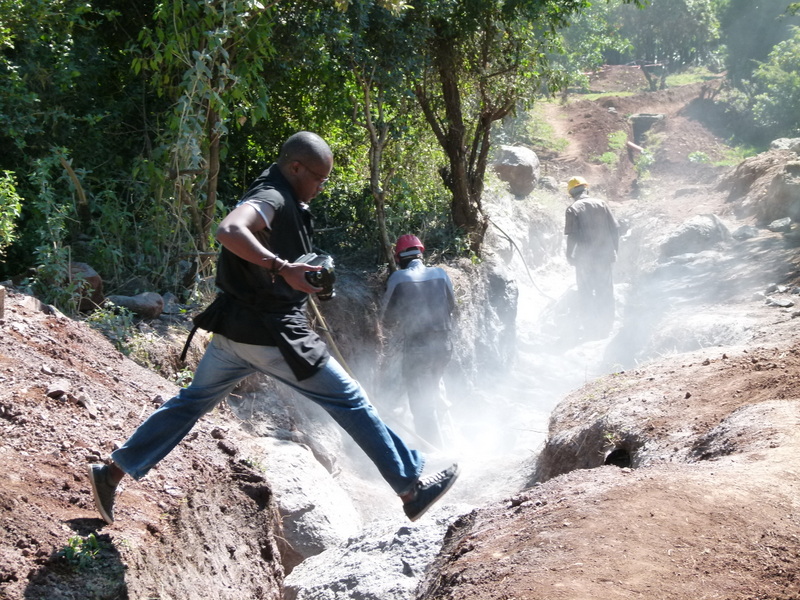 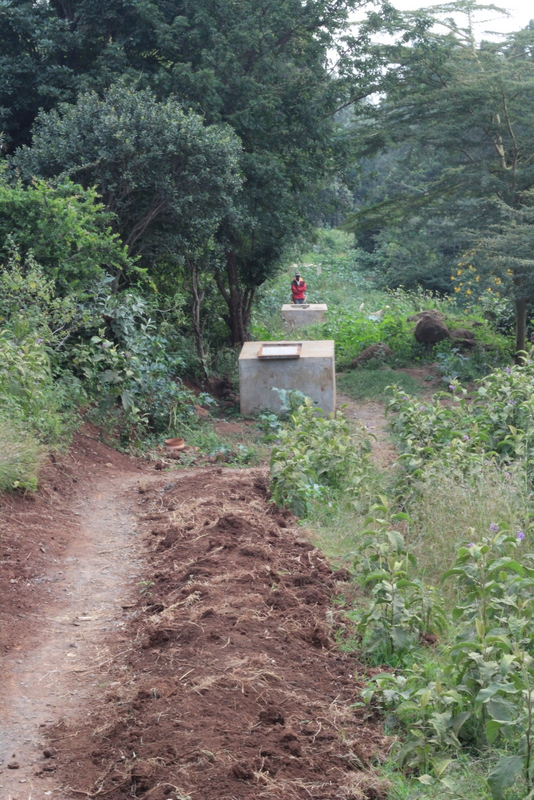 My enthusiasm is tempered by reality:  We’ve got a ways to go on the Sanitation Project, and the Hospital needs to raise the remaining approximately $400,000 USD to complete it.  But yesterday, as I walked the construction site, I was just astonished at how quickly it has all unfolded, and felt like I needed something to hold on to so that I could slow it down and not miss anything.

I heard someone say once that the test of sustainable endeavours is whether or not they continue in your absence, and I have been so delighted to observe that in the six months that we have been travelling in the States and Australia, this project has not just continued but accelerated.  Perhaps we should have stayed away longer!  What a blessing it has been to meet with the people I have worked alongside, mentored, and coached, and to hear their stories, and observe that the little bit I poured out of my cup and emptied into theirs has been taken, multiplied, and used with greater effectiveness and excellence than I could have imagined.

And then…today.  After the sensation of faster-than-light travel I’ve had the last few weeks, of things moving so quickly I feel like I’m just hanging on for the ride, I am yanked to the ground.  I feel like I’ve forcibly shifted Newtonian reference frames, and everything slows down to a crawl.

I am hit by the grief of two sets of extended family and good friends on opposite ends of the globe, far from us.  I notice that I am exhausted, tired of someone in the family being sick every day since we arrived back in Kenya four weeks ago.  For some reason, I also feel keenly the loss of cultural identity that it is to have two passport countries and be a resident of a third.

Today, as I recover, rest, and reflect, it strikes me that this is the way life often is…hurtling forward in some areas at lightspeed,  and in others, feeling like you’re sitting on stationary object with a heightened awareness of the environment around you and watching things just fly past you.

This life of cross-cultural service for the sake of others can be disorienting at times…like in the last two days.  But I am learning that tying it all together, helping me find my reference point and focus on the next steps in front of me is the constant, ever-present, supporting love of the Father, calling me to adjust my reference frames to center on Him.

This is a new section we'll be updating each month for our partnership team.   If you already pray or...