We normally publish our prayer needs and reflection back on the status of the last month’s needs at the beginning of every month…but we’ve had a few things pop up that we’d be grateful for some specific prayer on.

If prayer isn’t your thing, your encouraging words and just knowing that you are thinking of us is also incredibly helpful.

Riley:  Riley has always been a small child…she had nutritional issues while gestating, and nearly died the day of delivery due the umbilical cord being wrapped around her neck.  She’s our ‘mighty mouse’, to use her Aussie grandmother’s phrase…full of life and energy, despite her less-than-3rd percentile size.  But she’s not growing as fast as expected, and on the advice of her pediatric endocrinologist in Adelaide, we are taking her in tomorrow for an MRI in Nairobi.  She’ll have to be sedated to keep her still, and it is our hope that this will rule out obvious things like brain tumours or a malfunctioning pituitary gland.  Following this scan, we’ll have to decide whether to subject her to growth hormone testing, to determine if she needs growth hormone supplements.  We are hoping not to have to do this, as this involves taking blood numerous times in a 24 hour period, and there are few things in the world little mighty mouse hates more than needles.  Would you join us in praying that all of these tests are negative for anything abnormal, and that Riley would simply be following the Steere family trend of being a tiny little thing?

Mardi:  The life of a mission hospital medical director in Africa involves a lot of triaging, managing day to day crises, and constant evaluation of where to place scarce resources (people, supplies, and money).  Unsurprisingly, Mardi has experienced her fair share of this in the last 3 months…it’s my hope that she’ll have enough time and energy in the next few weeks to write about a sample of these crises so you can have a picture of what her life is like now.  However, in the last three days in particular, there have been some difficult operational crises and personnel issues to manage, and she’s quite tired.  Would you join us in praying that she would have the energy and compassion she needs to manage these competently and empathetically, and that she would find the right balance between action and prayer?

Andy:  Andy has had full-on gastroenteritis three times in the last three weeks.  Having gastro now and again is just part and parcel of living in Africa, but three times in three weeks is unusual.  The first two were solved with antibiotics, but we’re doing a bit of testing with the onset of this third bout (which commenced about 2am this morning!) to make sure it isn’t amoeba or something exotic.  He’s physically exhausted as a result, but on the plus side is now back to his triathlon-racing weight!  Would you join us in praying that the tests reveal the cause/source of whatever is behind this, and that he would recover his strength? 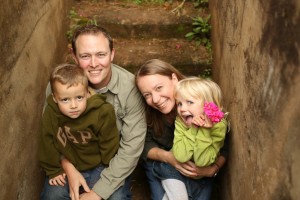 I've been asked recently to write less and take more photos...and I am delighted to comply!  Enjoy. Also, we had...