It’s not all been storms and big news this week…after receiving the news that the mass on Riley’s pituitary gland appeared to be a only a cyst and not a tumor, and with my amoebic dysentery on the wane following some (crazy) powerful antibiotics, we wanted to celebrate.  The best thing we could think of was to start the Advent season a little early and set up the Christmas tree.  Hope and anticipation…yes, please. 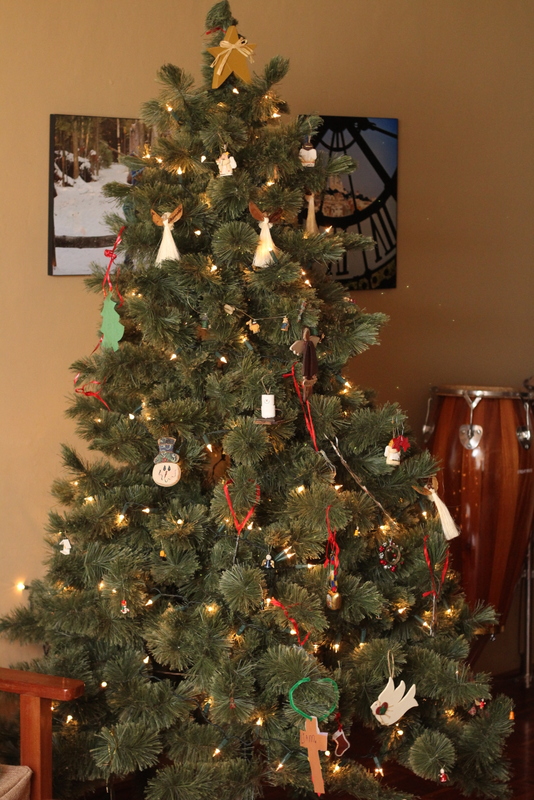 It’s 40 years old, it’s a cast-off from a departing missionary, it’s crooked and on its last legs…it’s our Christmas tree and we love it. 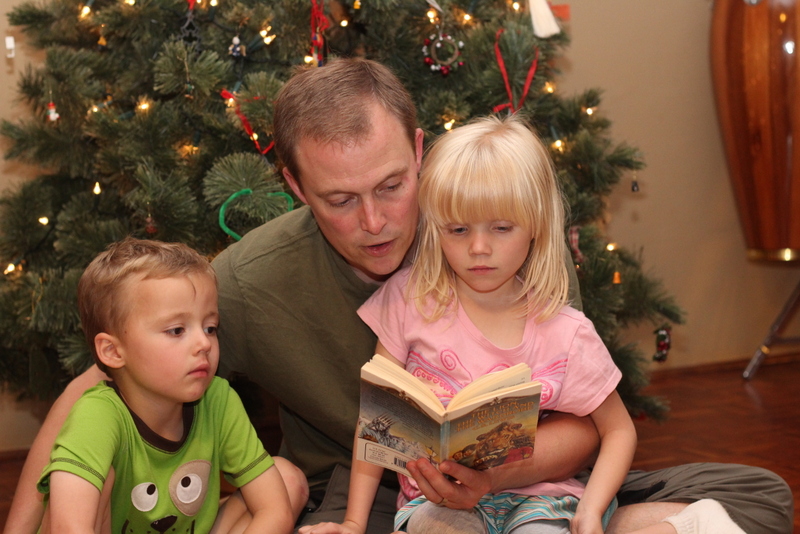 Reading The Lion, the Witch and the Wardrobe before bed. 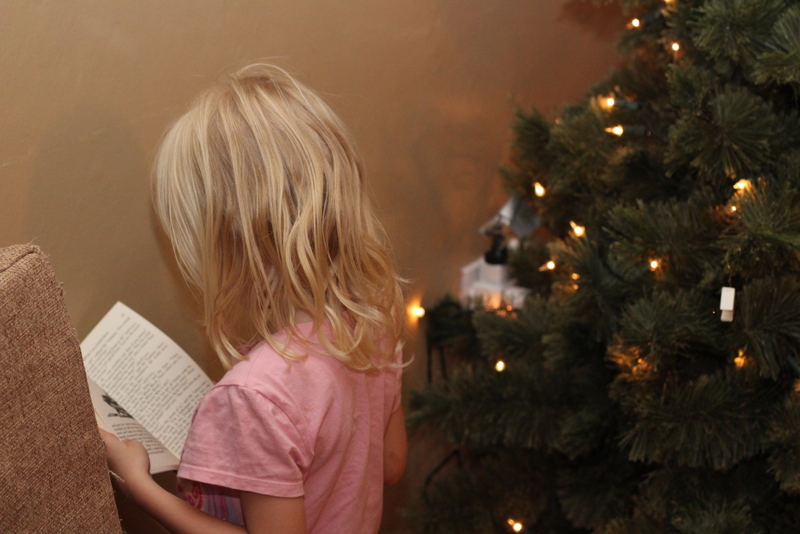 Before we were to start reading, I noticed Riley had taken the book and gone into a corner, facing a wall, and started to read it…so many memories of myself at that age beginning the journey of getting lost in books. 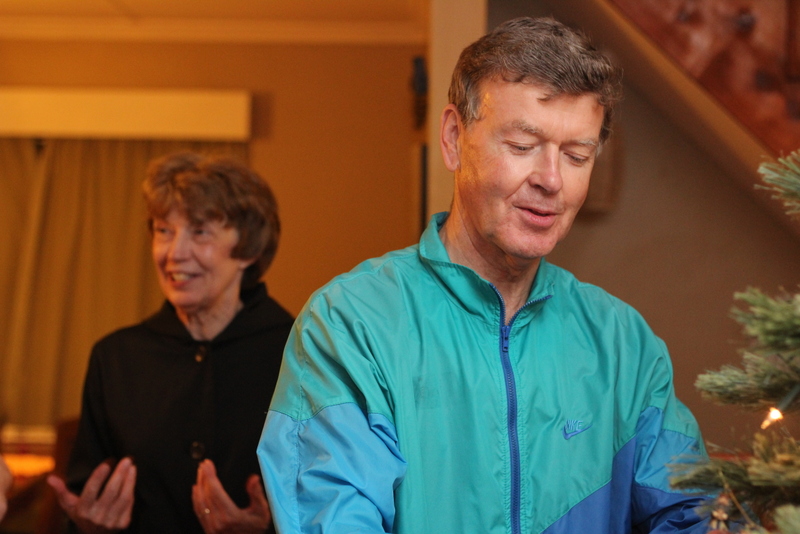 Bill and Mary, visiting pathologists who stopped by during tree trimming to drop off flowers and say they were praying for us. We need a pathologist desperately at the Hospital, and survive month to month through short term visiting docs who come for a few weeks at a time.  They helped us hang some ornaments. 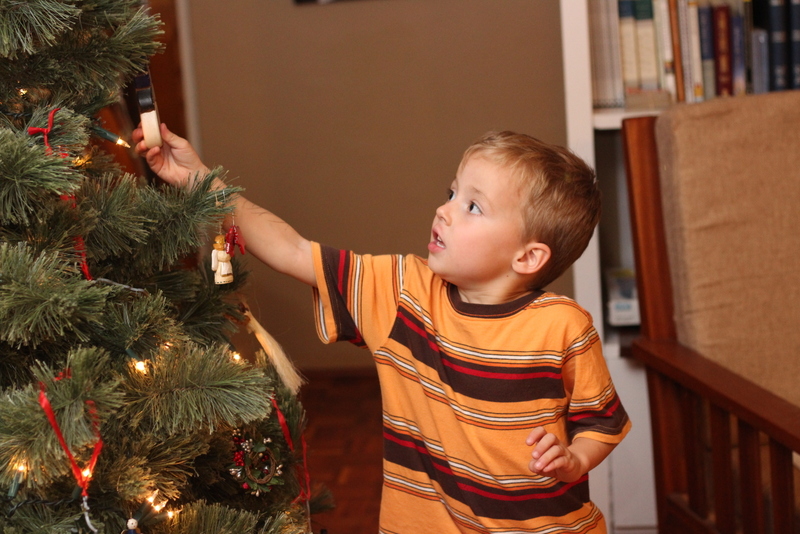 And, finally…after six weeks of traipsing up to the woodshop at RVA with the kids, we were successful at a) preventing them from cutting off appendages and b) building our first Pinewood Derby cars.  The Derby has a cult-like following at RVA, and it’s pretty fun.  We had the race from 0830-1600 today…130 cars entered by parents or children, Liam and Riley’s cars (unbelievably) made it into the semifinals and finals, respectively. 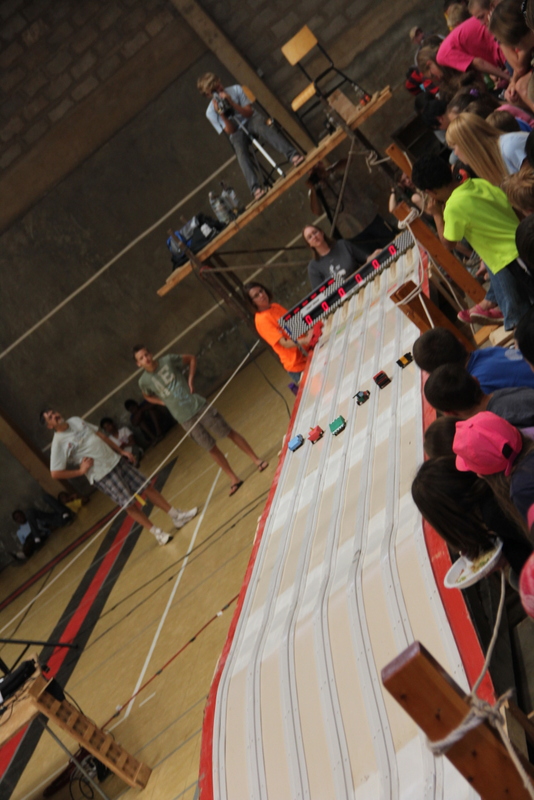 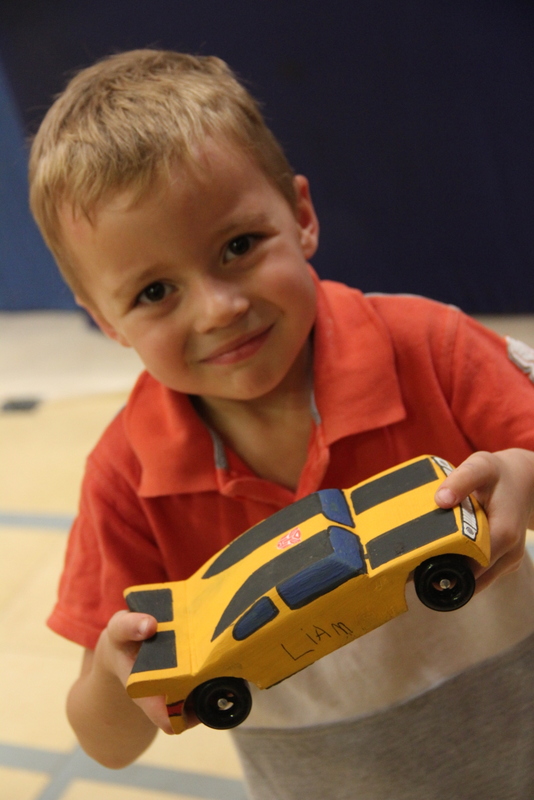 Proud Liam and Bumblebee! This years’ iteration did not, unfortunately, transform on the track and destroy the other cars. Next year. 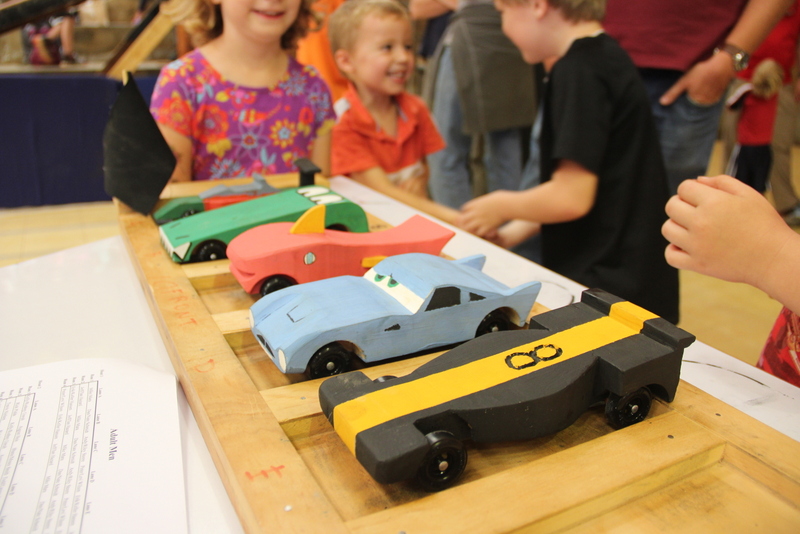 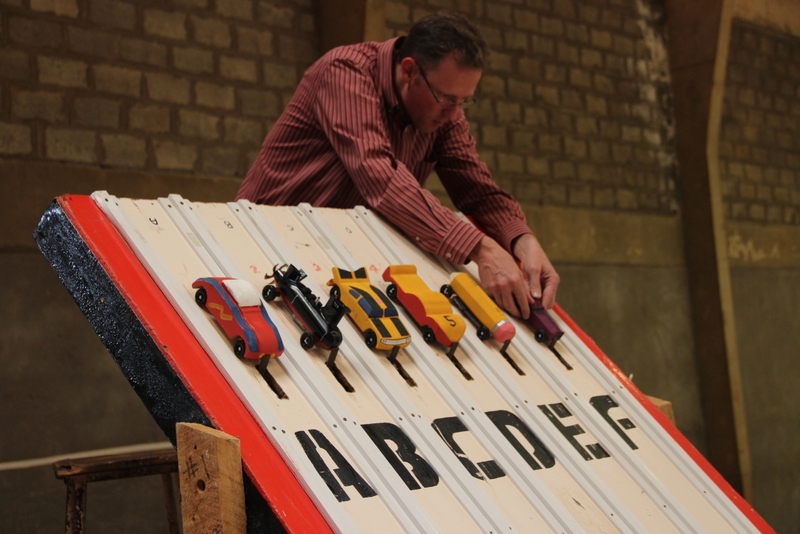 Bumblebee getting ready to race…lane C 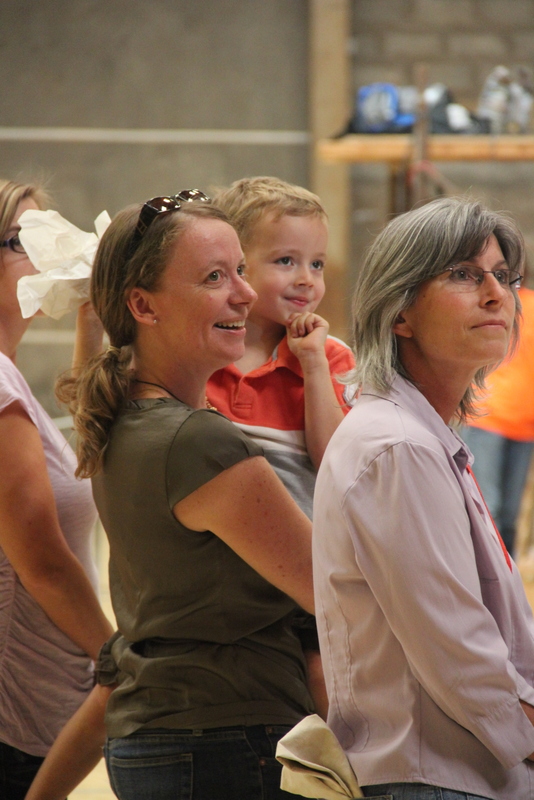 A delighted Mum and Liam watching Bumblebee go. To the right is friend Jullie, the other half of the Lala Salama Quilts Project. 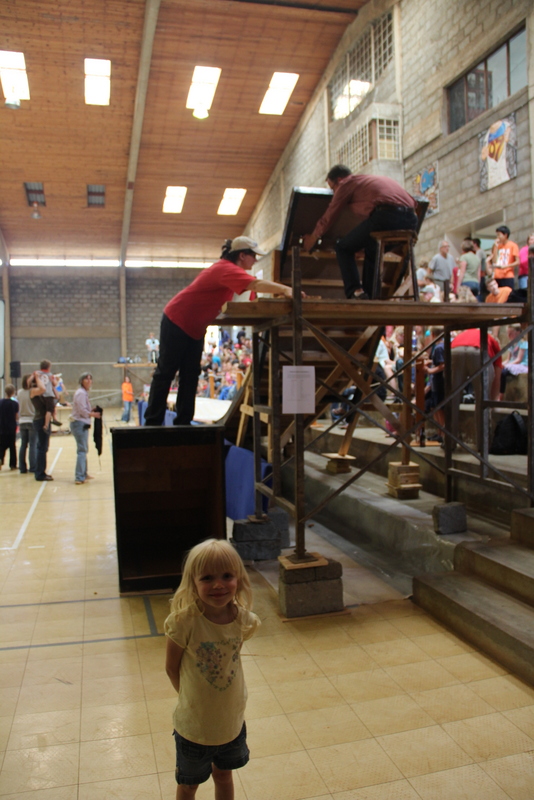 Riley and the ginormous track. 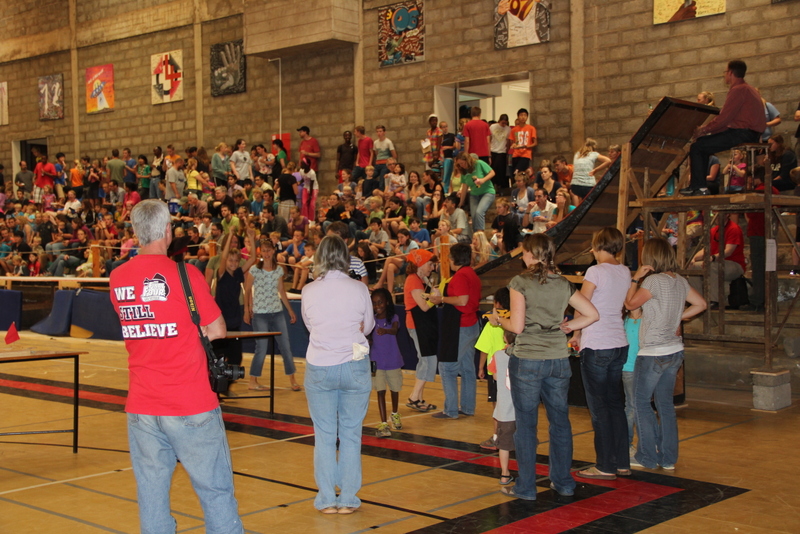 Seriously, this track is the last thing I would expect to find in rural Kenya…but here it is. And it’s awesome.

I’m off to preach tomorrow morning in a new church plant about 10 km’s up and over the other side of the mountain, in a small Kikuyu community called Kinale.  The pastor, Paul, is passionate about ministering to and helping alcoholics in the area, and has started up the first Celebrate Recovery/AA group in the area.  They have just built a small church building, and I am to be the commissioning/celebration speaker.  Should be a good time.

Delivering final exams during the pandemic: in the last week we have administered exams to students in Tanzania, Rwanda, Kenya and South Sudan…

‘We must do better,’ Chitwood tells staff

Rosslyn Academy (the Christian international school in Nairobi on whose Board Andy serves) is co-owned by the Assemblies of God, Southern Baptist..

Dear family, partners, and friends Firstly, the update:  We heard back from Leland's neuroradiologist friend a few hours ago, and...