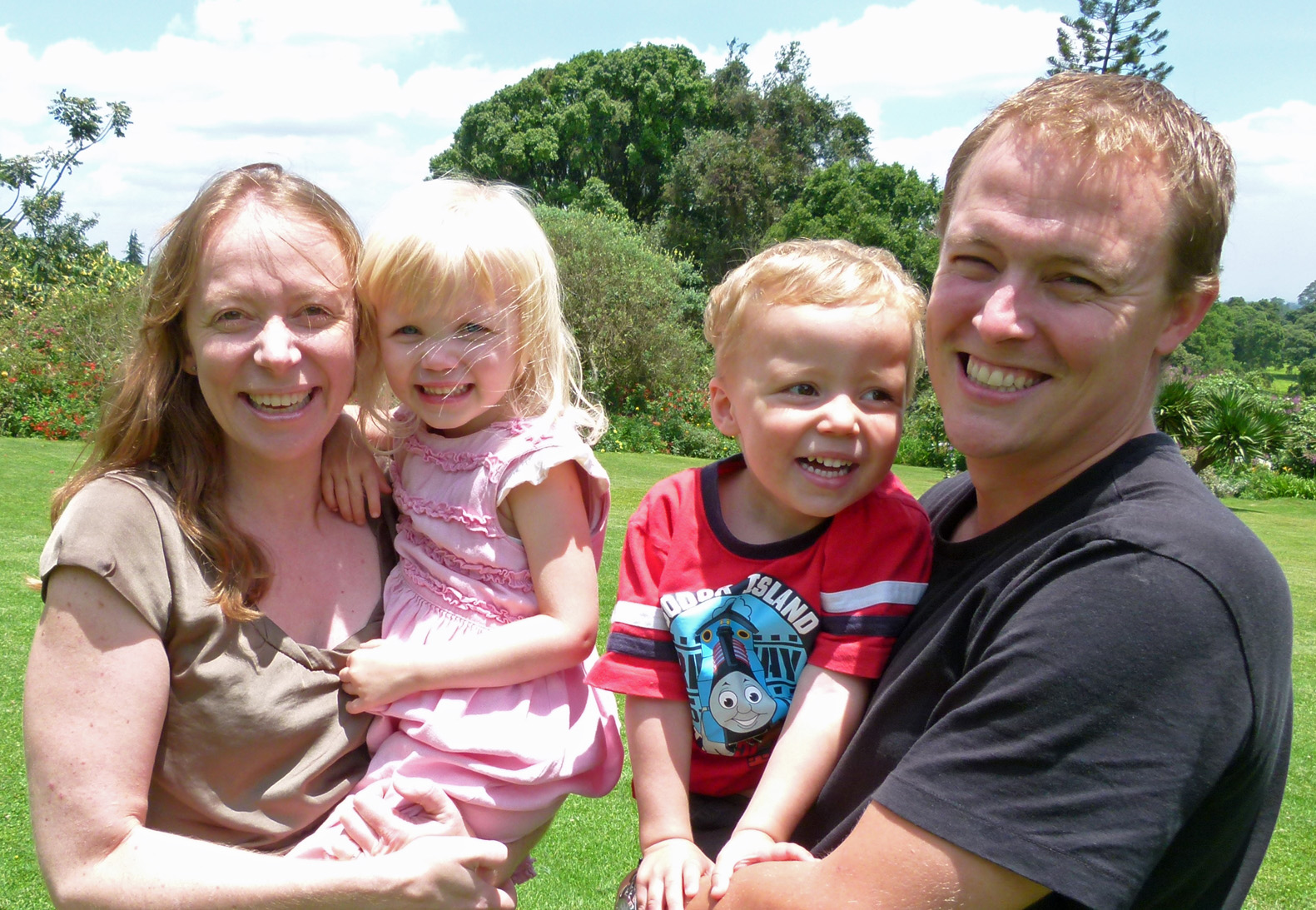 We are Andy, Mardi, Riley and Liam Steere.  Andy (from Michigan in the US) and Mardi (from Adelaide, Australia) met in 1997 when he was studying abroad in Australia, and were married a year later.

Following Andy’s engineering undergraduate studies, he spent 6 years as a nuclear submarine officer, including three years deploying on the USS Maine (SSBN 741).  After finishing medical school at the University of Adelaide, falling in love with an American led to Mardi completing a residency in Pediatrics followed by a fellowship in Pediatric Emergency Medicine in Jacksonville, Florida, near where Andy was stationed.  We were grateful to have been a part of Beaches Vineyard Church during our “Florida Years”.

We moved to Adelaide, Australia, in 2005 where we became the parents of a beautiful daughter Riley and wonderful son Liam.  Our home church in Adelaide is Southland Church.

Mardi is a Pediatric Emergency Physician, and in Australia divided her time between clinical work in the Paediatric ED at the Women’s and Children’s Hospital, teaching residents and medical students, and flying to remote regions doing retrievals with MedSTAR kids. Her passions are threefold:  clinical work amongst the poor and marginalised, equipping and coaching African health care workers, and team leadership and management.

After six years in the “Silent Service”, Andy retired from the Navy and directed engineering infrastructure projects and consulted in the area of leadership, project management, and strategic procurement delivery.  He specialised in “relationship contracting“, and introduced its first use at SA Water on several major projects including the Torrens System Upgrade,  Glenelg to Adelaide Park Lands Recycled Water Project and North-South Interconnection System Project.  His projects have won industry awards and commendations including the 2010 Engineering Excellence Award from Engineers Australia.

Andy has a B.S. in Civil and Environmental Engineering (George Washington University), a M.S. in Physics (Michigan State University), is certified as a Master Project Director (AIPM), Nuclear Engineer (US DOE), and Civil Engineer (EIT, Virginia), and is a Member of Engineers Australia.  Andy is currently pursuing a Master of Divinity (M.Div.) at the University of Divinity.

We are grateful for the partnership of our partner churches around the world, and for the support of our sending agency SIM (Serving in Mission).

We are blessed to have families in both countries who love and support us, and we appreciate them incredibly.

"The fear of the Lord is the instruction of wisdom, and before honor is humility." -Proverbs 15:33 Have you ever...