On Thursday, I got the flu that has been going around Kijabe…on Sunday, when I looked to be on the mend, we decided to head into Nairobi for a date with the kids.

I wasn’t expecting the phone call I received from my neighbor around lunchtime, while I was reading a fairy story with Riley:  “Hi Andy…I think I have your camera.  And your laptop.  And your external hard drive.  And a mess of computer stuff.”

Multiple confused questions later including a call to Rich to see if he could come from the Hospital and walk round the house and see if it had been broken into, we discovered that yep, we’d been broken into.

Sorting out a taxi to get me back to Kijabe so that Mardi could still do our fortnightly shop at the grocery store.  Multiple phone calls to our hospital security manager, the police, Rich, and our neighbor on the hour ride home to try to get a more complete picture.  Finally arrived at home with Mardi still shopping in Nairobi, and then onto the police station, where Rich, God bless him, had taken a bullet for us and spent almost four hours filling out the report and keeping an eye on our recovered stolen goods.

Turned out a local boy had been caught by one of Kijabe’s roaming security guards in the act of carrying away a loot bag consisting of my laptop, our backup hard drive, camera, and a mess of computer cords.  We’ve had a fair amount of smash-and-grab petty crime in Kijabe recently, with five houses robbed in the last month, and it looks as if this kid is the culprit:  he’d done the same thing he had on the other houses–smashed a window with a rock and grabbed everything in arm’s reach.

Today consisted of meeting with some of the local elders, and agreeing that we wouldn’t haul this kid off to court, but rather meet with his family and give him a chance at restoration and to change his ways.  One of them asked what I wanted to do…did I want to press charges?  This is no small thing in Kenya, where a trip to jail can be a dark and dangerous affair, and when a thief is caught, justice is often dispensed on the spot, in the form of lynching or beating.  No, I said…when I was a young man, I did some pretty foolish things also, and by the grace of God and kindness of people around me, I was not made to face the full consequences that I could have faced.  No, I want this young man to have the opportunity to turn his life around…but I also want him to feel a bit of fear, feel the wind whistle in his hair a bit, and know how bad this could be for him if he does it again and someone less kind catches him at it.

“You speak like an mzee [an elder, an old man]”, they told me.  I was honored to hear that.  We agreed they would go speak with the boy’s father, and pursue a course of action with him from there.

So all’s well that ends well with that one, and hopefully we give this kid a chance to turn his life around.

The water tank continues towards testing and commissioning…we start filling it with water and testing for leaks and settlement this week.  I did the final inspection of the inside today before it gets sealed up, and Liam came along to listen to the echoes…it was pretty awesome. 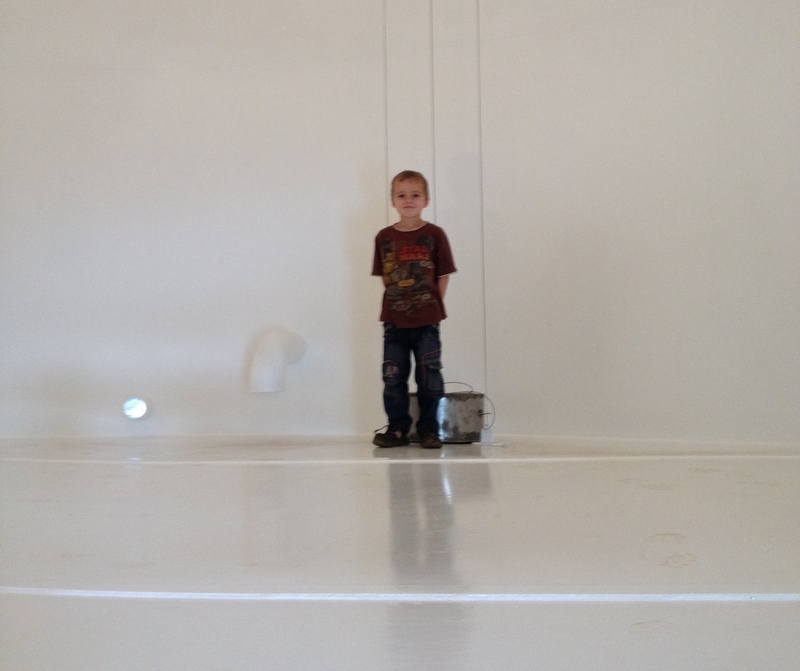 Liam, enjoying the stainless steel float which rides up and down on the water surface inside the tank, raising and lowering a wire connected to a level indicator on the outside to show us how full the tank is.  The shiny paint on the inside is a special corrosion resistant “Jotun” coating, 500 micrometers thick, which should last twenty years, and prevent the chlorinated potable water from coming in contact with the steel tank walls. 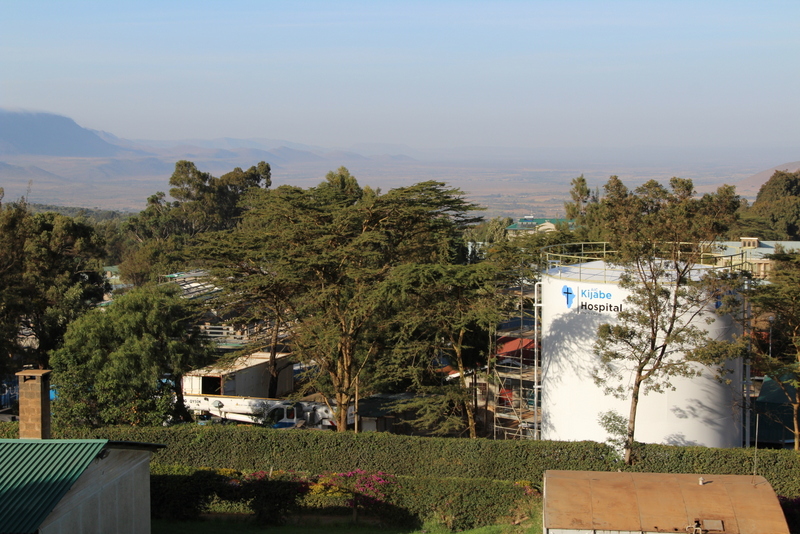 The Hospital logo was painted over the weekend…starting to look a little less industrial now!

Thank you so much for your prayers and encouragement...we rely on them.  Here's the top things on our minds for...