Five of our SIM team members in Kijabe return home for a furlough over the next few weeks…it’s part of my work as team leader to do their “end of term” reviews before they go.  I deeply appreciate the privilege it is to do these EOTs, to reflect with them on their completed term in the field, and help them consider their goals for furlough.

I have been really affected in the last few weeks during these EOTs by the beauty of the work these people are doing, and the kind of people they are becoming in the process:  the clinical psychologist who spends her days debriefing victims of trauma and helping them rebuild their lives, who has an hour-to-hour sense of the presence of God.  The chaplains who minister to a people group widely acknowledged to be one of the (if not the) most difficult on the planet, who are incredibly gentle and always about to crack a joke.  The specialists in HIV/AIDs and palliative care, who have such a generous and unconditional love that I sometimes found myself without words after speaking with them.

A few of them need a little help along the way to clarify their goals.  Some are close to burnout and need to be encouraged to be intentional about a healthy rhythm of life.  All of them need to be urged to rest while on furlough and take time out to recover from the brutal schedules they keep here in Kijabe.  It’s part of my job to walk alongside them and serve them in this way.

I also do end of term reviews for graduating high schoolers of SIM families in Kijabe.  These “Third Culture Kids” (Google it) are about to return to their passport countries, a country they hardly know and often don’t identify with in any meaningful way.

She was so disappointed that I wouldn’t take the bolts off the access hatch and let her go inside. We compromised on the ladder instead.

I had the privilege to do a review this week with a graduating senior whose parents come from Germany; he’s grown up in Kenya and never spent more than a few months at a time in Germany–now about to return ‘home’ to a place he’s never spent more than a few months in.  There’s a great orientation/gap year program in Germany for returning children of families who have lived overseas for lengthy periods of time, and he’ll start that soon to give him a chance to decide what university course to study.

Our culture (and sometimes well-meaning individuals) tells us that we ought to be looking for a final destination, a ‘home’.  Perhaps that one perfect vocation or job (“…where your greatest joy meets the world’s greatest need.”  Blergh.  I like Frederick Buechner, but that quote is just too Hallmark–is it really possible one could ever identify with any certainty their ‘greatest’ joy, or a single ‘greatest’ need of the world?).  Perhaps a spouse.  Maybe that location or suburb you’ve always wanted to live in.  Perhaps it is accumulating enough wealth to [insert goal here].  Or, to use Christian vocabulary, it might be discovering your ‘calling’.

As I start the fourth year of my third career, I am becoming more certain that home/vocation/job have assumed an importance in our culture that is out of balance–somehow, they have become the center of gravity around which everything revolves:  relationships, family, well-being, sense of belonging. 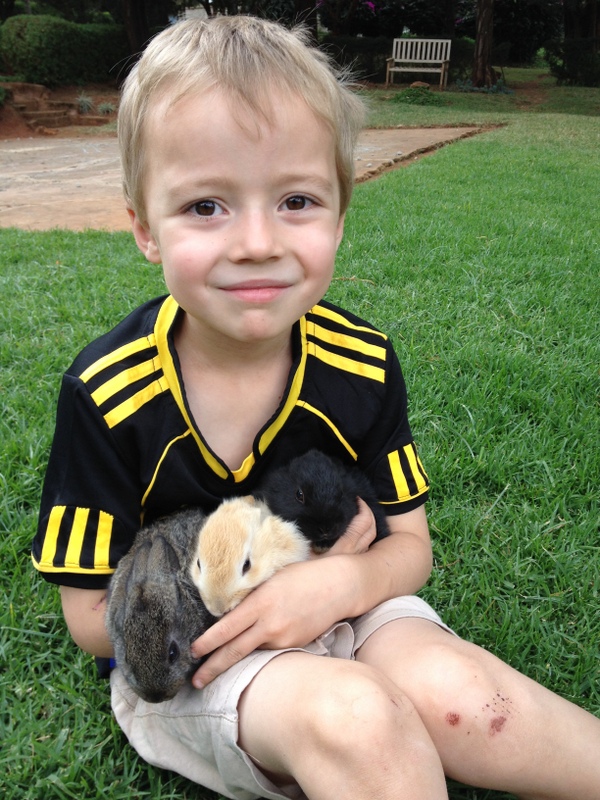 As I sat with this young man and had a chat about how he is feeling about returning to Germany and which direction he might head in life, I heard the quiet voice of Jesus calling me to a deeper understanding of ‘home’ or destination.  A different understanding of a life which is ‘hidden in God’ (Col 3:3); one in which I look to the journey instead of the destination, and find my center of gravity with Jesus on the road along the way.

A center of gravity which is unaffected when it turns out my daughter has a growth hormone deficiency.  Or I change careers from the submarine Navy to being a cross-cultural volunteer.  Or my parents divorce after nearly forty years of marriage and ministry.  Or I move from Michigan to Washington to Florida to Australia to Kenya.

I’m reading an astonishingly deep book by Richard Rohr called Falling Upward:  A Spirituality for the Two Halves of Life at the moment.  In it, he says:

“Holding our inner blueprint, which is a good description of our soul, and returning it humbly to the world and to God by love and service is indeed of ultimate concern.  Each thing and every person must act out its nature fully, at whatever cost.  It is our life’s purpose, and the deepest meaning of ‘natural law’.  We are here to give back fully and freely what was first given to us…It is probably the most courageous and free act we will ever perform–and it takes both halves of our life to do it fully.  The first half of life is discovering the script, and the second half is actually writing it and owning it.”

Rohr reckons we live in a culture that is pathologically obsessed with the first half of life:  survival, and doing all that we can to discover what our ‘script’ is supposed to be.  So much so that we forget to transition into a season of life where we are happy to just write it and own it.

After these EOT reviews this past week, I am inclined to agree, and to recognise the undue influence that our script/home/vocation/job/calling can have on us if we don’t have our center of gravity, our identity, in God alone, with all those other things radiating out from our Center like spokes on a wheel.

Not the hub, just the spokes.  Not unimportant, or un-meaningful, just not the center.

This week I’ve been meaning to blog about a mass casualty that happened last weekend - I was putting dinner...