Riley wanted to write about her visit to the ICU today to see James, the man we found lying in the middle of the highway with severe injuries, and wrote a bit about earlier this week.  Here is what she typed, all by herself 🙂 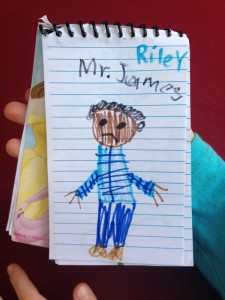 We found Mr. james on the

Road with his head bleeding.

My mum got out of the car and 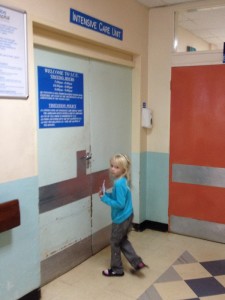 We had a first aid kit

To help him.Me,Liam and my dad

I asked if he

Today I visited him.

When I visited him he was lying down

And sleeping.He had a machine to help 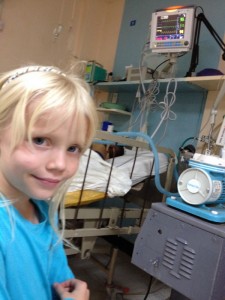 We have been praying

For him to get better.I hope he gets better

Soon.Now he can move his arms and legs

Now.Tomorrow he will have surgery

To heal his bones.

Parents’ edit:  Unbelievably, James survived being struck by a matatu, which then flipped over in a ditch with no-one else injured.  He has severe injuries, and is still in our ICU.  He is now stable enough to start his first surgeries tomorrow.  Will you pray with us that James recovers fully?

This weekend was a much needed break from work...Saturday, the school Pinewood Derby race, then a catchup with friends in...