Person of the Year: Ebola docs and special forces

We were delighted to see Time Magazine give their “2015 Person of the Year” award this year to doctors and nurses working on the front lines of the Ebola crisis. 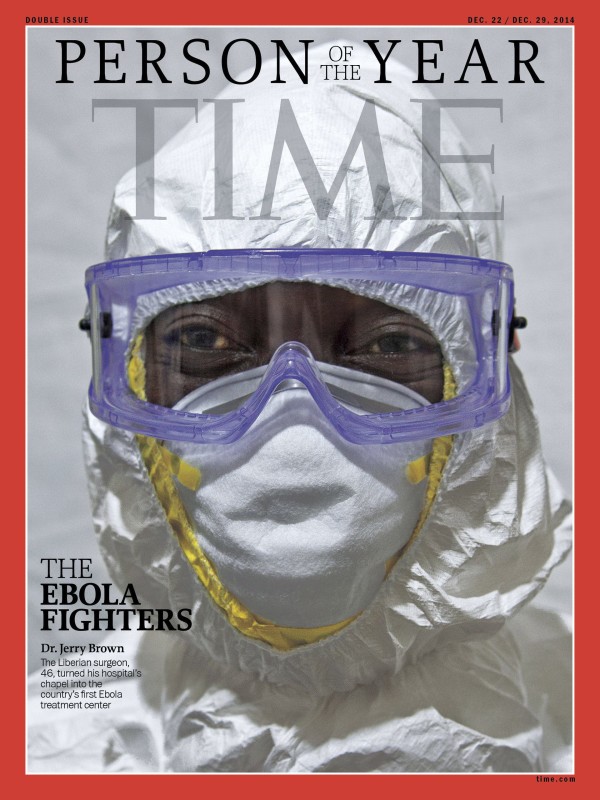 When I heard of this award, my first thought was that it was a rare example of alignment between popular media and truth on the ground.  In Africa it is very difficult for the full reality, the big picture on the ground to percolate up to the attention of the 24 hour news cycle.  Death, disease, and terrorism quickly make their way into the headlines (bad news stories), but the sustained, quiet efforts of those who are doing good and sacrificing are often overlooked (good news stories).  Bad news sells, they say.

How cool.  Even the title of the Time article, “The Ones Who Answered the Call” uses language familiar to medical missionaries and African health care workers.  A calling, indeed.  Before MSF and the WHO got fully engaged in Ebola this year, there were these quiet laborers on the front lines.

I’m fascinated by the contrast between the ‘truth’ of this article, and the confusion that surrounded initial action to contain the outbreak in Liberia, Sierra Leone, and Guinea.  There’s an interesting Washington Post article on how it quickly sped ‘out of control’.  However, interestingly, the reporter mostly pays attention to the work of the WHO and MSF (Medicins Sans Frontieres/Doctors Without Borders) as ‘front line’ workers, spending little time on those who proceeded them and continue alongside them:  medical missionaries and African national health care workers like Dr Jerry Brown, Mardi’s Liberian counterpart at the ELWA Hospital pictured above.

I have heard others make a comparison between the work of medical missionaries and the special forces in the military, and I think this comparison can be helpful, to a point (and at the risk of self-aggrandizement).  In the military, special forces are employed at the start of conflicts before they escalate, and for tactical uses during a larger engagement.  They provide real-time intelligence which often differs from what the leaders with “cocktails and petit fours” (read the Washington Post article) are doing back in the safety of their Dr Strangelove rooms (National Military Command Center) in the Pentagon (aside:  in my former life, I have run nuclear drills in this room).   The tendency of high-ranking military bureaucrats to second-guess the real-time “truth” they are getting from special forces and submarines in the field is well documented.

In the case of the Ebola crisis,  from popular news media you can easily get a picture that it is MSF, the WHO, and Western aid agencies swooping in to save the day.  While they have an important role to play, this picture completely ignores the foundational/structural work of national health care workers and medical missionaries.  Quite apart from them fitting the classic special forces definition of ‘first in, last out’, they also have an enduring, ongoing role.

So I don’t mind comparing medical missions to military special forces, so long as the definition is expanded to include the work of African national doctors and nurses.  They, like we, are ‘on a mission’.  Our African colleagues rarely get the same amount of press and attention that expat missionary docs do, and this is unfortunate.  They work in the same conditions, with little pay, and receive little honor in their home countries for their sacrifice and servant hearts.  It is one thing to speak of medical work as a calling in the West, where you are guaranteed an above-average-income salary.  It is quite another thing to be a national medical worker in Africa, where you are paid well below an average wage (if the country you are working in is stable enough to even pay you at all), working in conditions which do not guarantee your safety, and in which the hours are long and the need constantly more than available resources.

Our national doctors and nurses at Kijabe Hospital are one of the primary reasons we are here in Kijabe (i.e. at a training hospital), instead of working in a small hospital or clinic somewhere in the bush.  Through Kijabe Hospital’s many medical internships, residencies, fellowships, and through the nursing school, we have the privilege of serving the current and future generations of African health care workers:  sowing into their lives, building capacity, loving them and serving them as Christ loved us and gave his life for us.

So I’m delighted to see this award going where it is deserved.  Are you interested in medical missions: risking, persisting, sacrificing, saving?  This article has some great links for further reading.

Riley wanted to write about her visit to the ICU today to see James, the man we found lying in...