I returned a few weeks ago from a coaching training course in Singapore.  It was the best training I have attended in fifteen years…  for this directive, advice-giving, biased-towards-action, results-oriented, perfectionist former submarine officer, it was also simultaneously deeply convicting and encouraging. 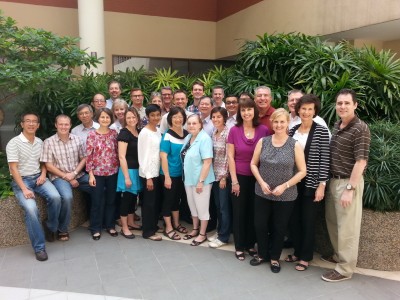 The course attendees:  originating from all sorts of cultures and working in various parts of Asia, the Middle East, Africa, even the US and Australia

I attended because for some time now I’ve felt that I lack some of the skills and tools required to be effective in my work here in East Africa.

I came to Kenya in 2011 with a desire to grow leadership and project management capacity amongst servant leaders who work in resource-poor environments and within difficult or broken societal systems.  Most of my work in East Africa is in this area, and by God’s grace it has so far been filled with joy and fruit.  I am fond of saying that while I have never worked this hard in my life, I have also never felt so fulfilled.

And yet…from almost my first few days here I sensed that to do this work of serving others with deeper effectiveness required tools and an internal ‘wiring’ I lacked, something not normally found in your average military officer or executive:  a non-directive, non-advice-giving, non-invested-in-a-particular-outcome-or-result approach.  Develop and deliver a large emergency infrastructure project from nothing?  Yep, I thrive on adrenaline and challenges, I can do that.  Lead a team to accomplish aspirational objectives?  Yep, that’s me.  I’m wired for outcomes and results:  to a fault.  (Please don’t ask my wife for examples!) 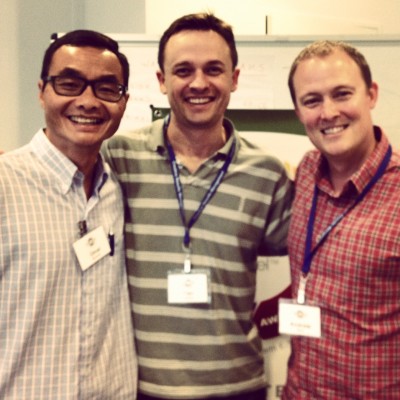 But to come alongside others and help them achieve their objectives and grow as the Holy Spirit is leading them?  That’s different.  Very different, I have found.  I have greatly enjoyed serving others in this way, but I’ve felt for awhile there is a gap between my natural directive approach and a different approach which might be more helpful and powerful working within an African cultural context and a ministry/non-profit environment.

In 2014, I had the enormous privilege of assisting SIM Kenya in formally transitioning to a team-based organisational structure.  Here in Kijabe, our large and diverse group of SIM workers was subsequently launched as a team with common objectives (detailed in a new Team Charter):  doctors, theological educators, dorm parents, teachers and nurses working together.  I was asked to be Team Leader–my first leadership role in a non-profit, mission-based environment–and within a year began to receive feedback from teammates that confirmed my sense of my own limitations:  we love you, we’re grateful to have you in this role, but we wonder if you could be less directive and more relational.

I got on the plane to Singapore a few weeks ago with that backstory…a general feeling that there was a new approach I needed to learn, and that the skills and giftings that had carried me this far in my career were no longer enough for this next season of my life.

Within a few hours of this coaching course starting in Singapore, the ‘a-ha!’ moments began.  I found that areas that the Lord had begun to speak to me about years ago began to click into place one by one; this was an experience that kept happening through day five.  Much clarity, much conviction followed quickly by encouragement and hope as I began to try out new non-directive communication techniques in practice coaching sessions.  It was a full course–nine hours of active training and practice coaching every day plus two to three hours of consolidation and reflection on what I’d learned that day–and I felt at the end of the week like a fire hose had been turned on and just run continuously until I couldn’t take any more!  It was fantastic, and I couldn’t stop smiling.

Two areas of learning stand out:

Ask questions instead of making assumptions:  I was trained in the control room of a submarine to assess multiple inputs, select an optimal course of action, and direct others to carry out that action.  However, when working with people (and not taking a submarine to periscope depth or launching missiles) this can result in their feeling like I’m not listening to them and thus don’t really care about them.  I realised at this course that partly because of my training and partly because of family-of-origin learned habits, I am much more inclined to make assumptions and give advice rather than listening and asking questions.

In three stories about Jesus, we see that even he asked questions.  One of these is found in Mark 10:51, where an obviously blind guy comes up to him but Jesus doesn’t just go to work healing him.  Instead, he asks ‘What do you want me to do for you?’  Really, Jesus?  What do you think this blind dude wants?  He wants to see!

However, here as in so much of life Jesus is our teacher:  even though we may think we know, don’t assume, ask questions.  Not just because it helps people feel heard, or gives them a chance to talk…because we can often miss the thing that is really important to them when we make assumptions and draw early conclusions.  This is a key element of being truly ‘present’ to a person in the way that Jesus was so often.  Listening instead of assuming.

Getting ready to practice techniques learned from improvisational comedy: ‘looking for the game’ and ‘dancing in the moment’

Trust in the nature of the kingdom of God, letting the Holy Spirit be the third participant in a conversation.  I came to this course feeling burdened with the complexities of servant leadership of a multidisciplinary team…and God in his grace helped me see that I have been taking too much on myself and taking my own efforts more seriously than His.  In Mark 4:26-29, the nature of the God’s kingdom is described as the growing of a seed:  “The kingdom of God is as if someone would scatter seed on the ground, and would sleep and rise night and day, and the seed would sprout and grow, he does not know how.  The earth produces of itself…”

As I reflected on this, I began to feel a tremendous relief that I don’t have to create solutions for people or solve their problems:  this is God’s work, not mine.  This was described in the course as the key difference between mentoring and coaching:  mentoring is about pouring into a person’s life, and a coaching style of leadership is about drawing out of a person what the Holy Spirit is already doing in them. 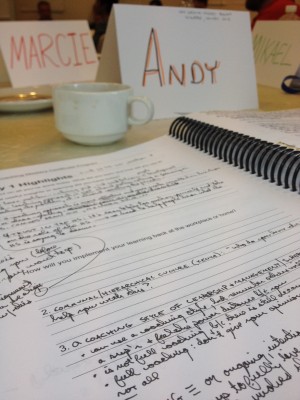 One of many pages of notes.  I am that guy with four different colors of highlighters and little tabs to mark important bits.

I left Singapore feeling hopeful and grateful to the Lord for his grace and kindness in helping me transition into this new season of servant leadership and people development.  I am excited to begin to put into practice the new non-directive communication techniques from the course into my work here in Kenya.  It was run by Creative Results Management, and I can’t recommend Keith Webb and his training team enough.

I haven't had a lot to blog about lately, from a work perspective. Most days have a similar feel -...