1915 was a year of significant events.

Orson Welles was born.  An earthquake in Italy killed 30,000 people.  The US House of Representatives rejected a bill which would have given women the right to vote.

Europe was in the middle of World War I, and Allied forces were focussed on getting control of the strategic Dardanelles; the strait that provides a Mediterranean sea route to the then-Russian Empire.  Following Winston Churchill’s failed naval campaign, a massive amphibious operation was launched.  When abandoned eight months later, over 100,000 men had lost their lives, including around 11,000 Australian and New Zealand Army Corps (ANZAC) troops.  Before the ANZACs shipped out to Turkey, they were based in Egypt.  Their chaplain?  Oswald Chambers.

Australians and New Zealanders mark the 100th anniversary of this massive loss of life on the Gallipoli peninsula today on what is perhaps Australia’s most observed holiday, ANZAC Day.  Mardi’s folks have travelled to Turkey with thousands of Aussies and Kiwis for the 100th anniversary.

And, also in 1915, in a quiet corner of East Africa at a small student clinic at the Rift Valley Academy, a foundation stone was laid for “Theodora Hospital”.  It would grow over 100 years to become Kijabe Hospital. 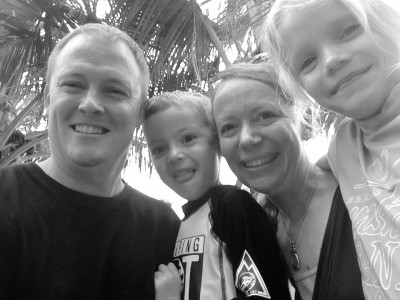 A rainy morning in Mombasa!

We’re currently in Mombasa at the coast for a week, and these few days away from Kijabe Hospital has provided me some wonderful space to stop working, reflect, remember, and pray.

Reflecting on why we moved to Africa in 2011.  Were we fools to give up our careers and financial security?  Have we exposed our children to unacceptable risks for little gain?  Is the fruit worth the price?

Praying, questioning.  Lord, does what I am doing please you?  Does the work of my hands align with your specific call on my life and with your heart?

Remembering…the many gifts I have received from the Lord:  creation, redemption, a present and future new life, and the many opportunities I have been given.

Recognition and resolution.  That it is only reasonable and just to offer all that I am to the Lord in service.  That I really can’t conceive any more of there being another option, given what the Lord has done for me.

I know that at one level I ‘choose’ to do this work, but at another level, Paul’s words 2,000 years ago to the Jewish Christians in Rome resonate deeply and I can’t shake them:  Therefore, I urge you, brothers and sisters, in view of God’s mercy, to offer your bodies as a living sacrifice, holy and pleasing to God—this is your true and proper worship.  When I consider God’s grace in my life and remember what it felt like to be lost and aimless before he found me and gave me new life, I feel that there really isn’t any other option available to me anymore.

Mardi and I have been following a year-long version of the spiritual exercises of St Ignatius for several months now, and this week’s focus has been meditating on God’s overwhelming love, and what our natural response to that might be.  Here’s part of the prayer for this week:

Take Lord, and receive, all my liberty, my memory, my understanding, and all my will–all that I have and possess. You, Lord, have given all that to me. I now give it back to you, O Lord. All of it is yours. Dispose of it according to your will. Give me love of yourself along with your grace, for that is enough for me. (SE 234)

As I pray, these words come spilling out of me like a stream of water.  The only response that I can conceive of, to this God of overwhelming love and gifts and salvation, is to offer myself completely, asking only that he give me more of himself in return.  That is enough for me. 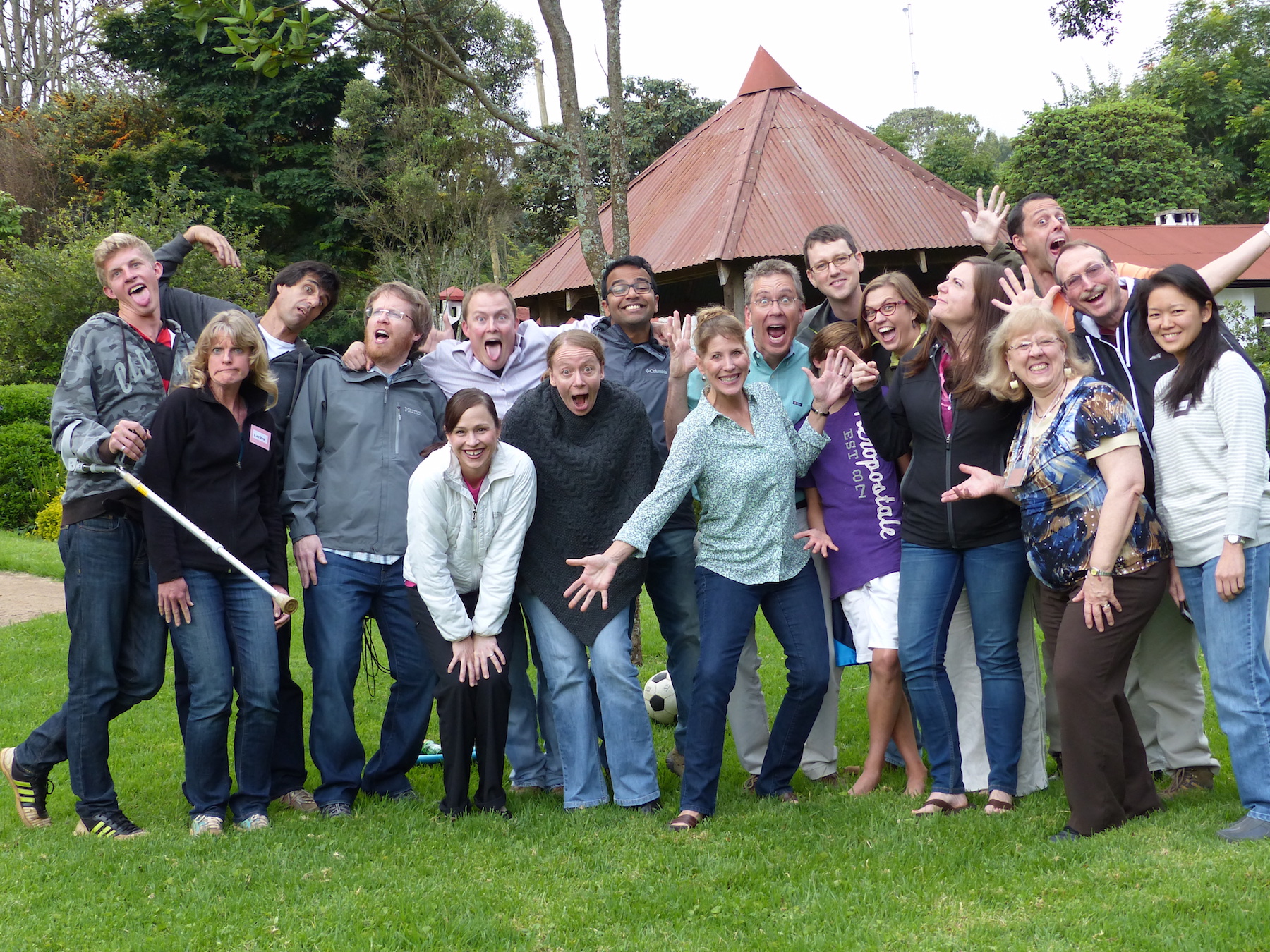 And as I pray, I remember what has happened since we said ‘yes’ to moving to Africa.  I remember the joy that I have in my work, and that I can’t remember ever having this much satisfaction in what I do.  I remember the extreme sense of privilege that I feel in getting to serve and work alongside the people that I do.  Alongside the suffering, the pain, the difficulty is the far-overshadowing sense of rightness and peace in being where he has called us.

PS:  I rode my bike to our annual Spiritual Life Conference last week in Limuru; a four hour ride including two hours through stunningly beautiful tea plantations.  Some of the older fields had been recently pruned, and the new pekoe shoots were already growing out of the dead-looking pruned plants.  New life from old:  greener, tastier, fuller. 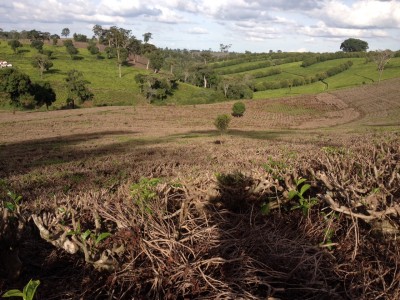 Some tea fields near Limuru, with pruned tea plants in the foreground, and green plants in the background.  Notice the new pekoe shoots already appearing.