We sent out a letter to our partnership team a couple of days ago to update them on the current health crisis in Kenya and its impact on us.  If you are a partner and didn’t receive this, please let us know.

The outpouring of encouragement we received back was heartening, reminding us again how much of a team sport our lives are here.   A few of our friends said something along the lines of ‘we just don’t know how you cope with this much death and suffering without being crushed by despair.’  That started me thinking…why aren’t we being crushed?

Mental/emotional trauma (for which we are grateful to have debriefing resources here), yes.  Tired, yes.  Loss of perspective at times, yes.  Awareness of our brokenness, that we all ‘walk with a limp’, certainly.  But crushed?  No.

There are a few reasons we’re not being crushed.  Upon reflection, one reason is that when projects fail or patients die, our first inclination isn’t despair because our timeline for ‘success’ isn’t measured in days or years.  While I admire the heart of my friends who work in the USAID or AUSAID-related “development industrial complex”, the short timelines and metrics of the aid/development world are wildly unrealistic, and the extraordinarily high failure rate of their projects bears this out.

Why are we satisfied with a time horizon for success that is so different? I wasn’t able to put my finger on why until just last week, when I was reading a historian’s account of medieval Europe.  In it, the historian pointed out that most scholars agree that one of the main reasons European culture and civilization survived the ‘dark ages’ is because of the work of medieval monks and monasteries.

For around seven hundred years, from the fifth century to the twelfth, the Christian monastery was the center of culture and civilization.  In the face of constant attack and destruction by Vikings and barbarians, the monasteries were centers of scholarship, culture and education.  Monks were held in high esteem by the surrounding populace because of their exemplary lifestyles and selfless labor.  They had tenacity and resilience in the face of constant barbarian wars and invasions. 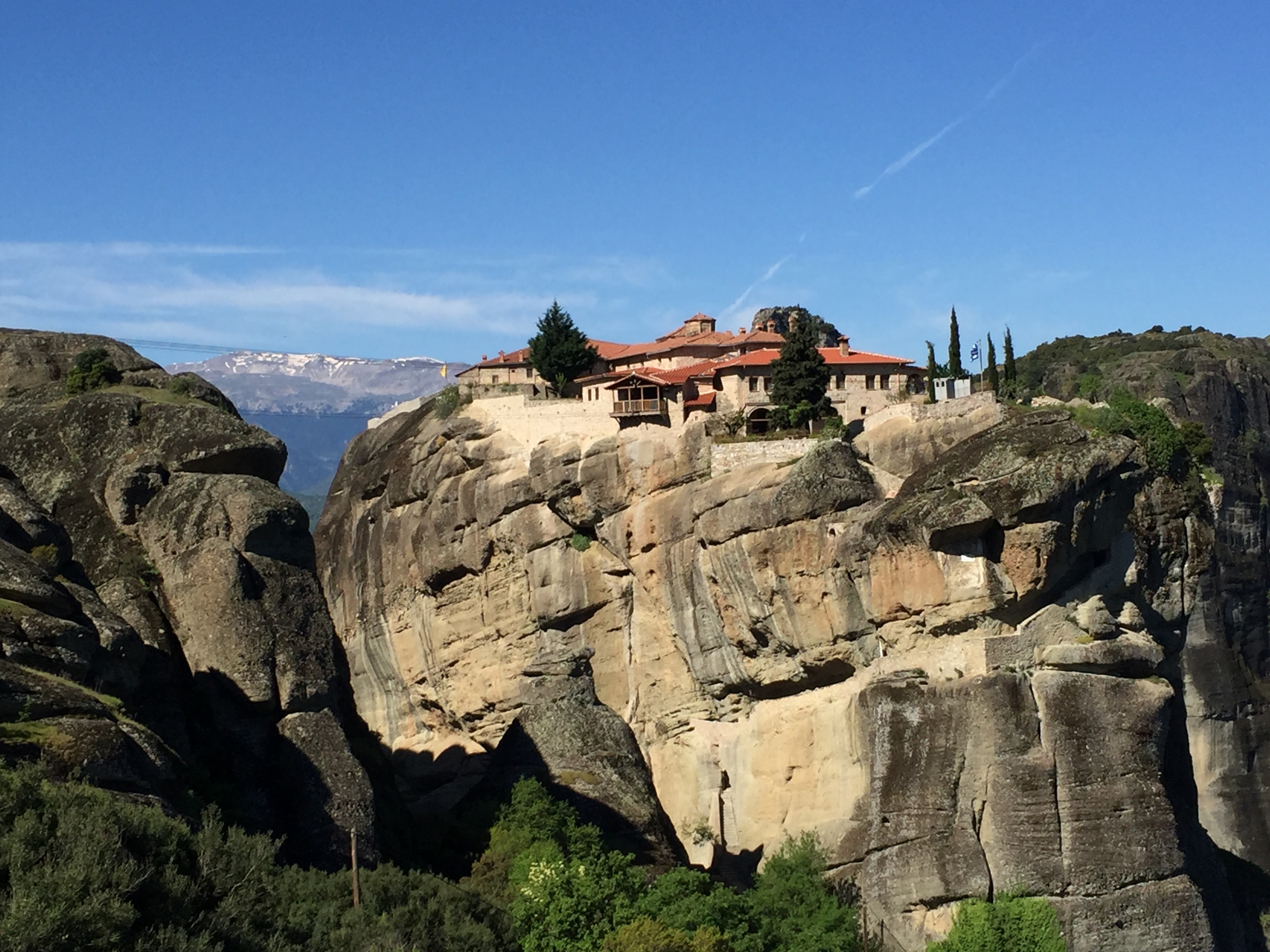 What motivated them?  Henry notes:

“The monks knew that things took time, that instant gratification and a quick-fix mentality were an illusion, and that an effort begun in one generation had to be carried on by generations yet to come, for theirs was a ‘spirituality of the long haul’ and not of instant success.  Coupled with this was their refusal to write off the world as a lost cause, or to propose neat, no-loose-ends answers to the problems of life, but rather to rebuild promptly, patiently, and cheerfully…” (1)

A spirituality of the long haul, not of instant success.  What brought perspective for me last week was that for these monks, ‘long haul’ meant not 10 years, or even a lifetime… but over seven hundred years.  Can you imagine maintaining hope and perspective in the face of successive lifetimes of little ‘progress’?

While I was in Greece last year to lead some workshops, I was fortunate to take a day trip to Meteora, home of several Greek Orthodox monasteries.  In the basement of one of these 11th century monasteries, I came across this cheerful sight: 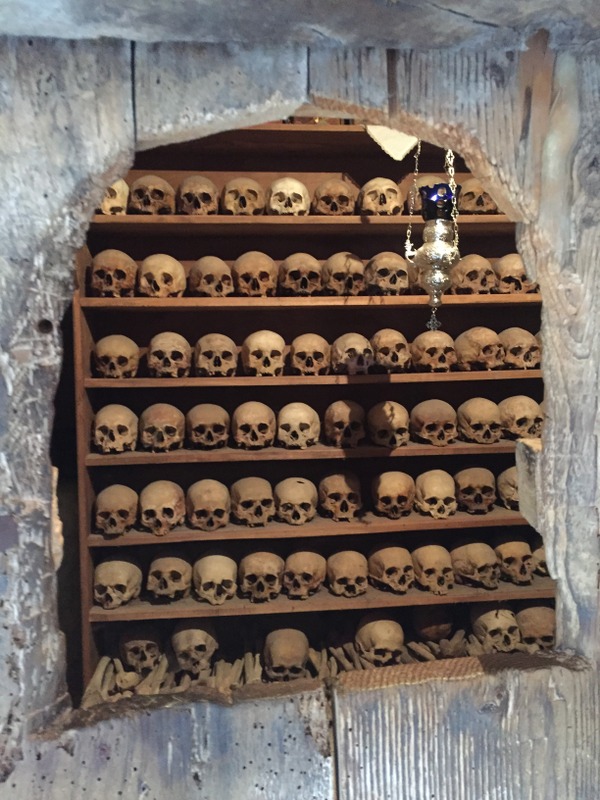 The names of almost none of these medieval monks are known to history; only the names of those who were martyred survive.

Shelves lined with the anonymous skulls of monks who had lived, worked, and died in the monastery.  No name plates, no identification, nothing to say of one skull, “Kostas led an exemplary life, amazing all with his kindness and wisdom”, or “Stelios was pretty lazy and not of much value in the fields, but he told good jokes.”

I was moved by the anonymity of these men who had labored so long ago, and couldn’t escape the thought as I left:  would I be satisfied with being anonymous in history?

In the historical accounts of these medieval monasteries, I am struck by the similarities between our work and theirs.  Acknowledging the limitations of the comparison–our work is immeasurably smaller and more humble–I notice that the motivation behind medieval monasticism was similar in many ways to our own.  Newman writes that the monks labored without losing hope for seven hundred years “…as if it were by some law of nature that the restoration [would come]” (2).  Their hope of restoration, of course, was the gospel–the good news that the self-giving of the Father in sending the Son began a totally new and disruptive process of redemption and restoration.

A spirituality of the long haul, not of instant success.  When things feel overwhelmingly hopeless, I find that I am asking “Where is God?” less and less, and instead am remembering the paradigmatic story of the exodus from Egypt of the Israelites:  if I want to know where God is, I have only to look where there is suffering and the people are crying out (Exodus 3:7-10).  I must also acknowledge the unresolved tension between the present and future dimensions of God’s kingdom.  Yes, a new era, a new order of life began with Jesus.  Our hope is not a distant song about a far-off future–no, the future has already invaded the present.

But the final restoration of all things is also not yet fully here:  people still get sick and die.  Expectant mothers in difficult places find there is no obstetrician to help in a complicated pregnancy, and both they and the baby die en route to a distant clinic.  Oxygen supplies run low and most of the children in an ICU die before the oxygen cylinders can be replaced.  Water supplies are contaminated with fecal coliforms and immunosuppressed HIV + adults get sick and die, while the healthy are unaffected.

No, I am finding that only a spirituality of the long haul and a willingness to live in the unresolved tension of the already/not-yet will develop the patience and steadfastness that sees me through difficult seasons. 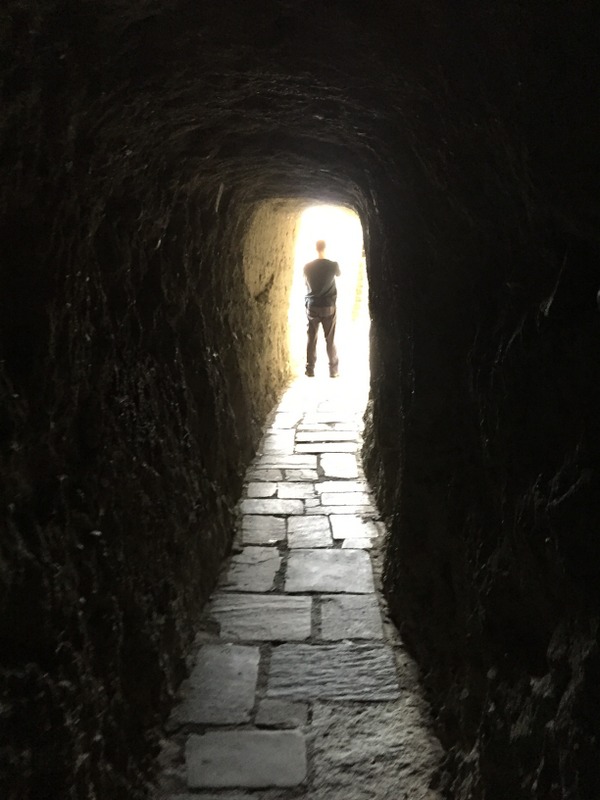 This, then, is where our hope lies.  Not in whether every patient that is treated at Kijabe is healed.  Not in how many of my projects are successful.  Not in whether the organizations we serve alongside are led by the best, the brightest, or the most inspiring leaders.  No, our hope is in the Triune God, who declares, “Behold, I am making all things new” (Rev 21:5) and “…[I have come to] proclaim good news to the poor…freedom for the prisoners and recovery of sight for the blind, to set the oppressed free…” (Luke 4:18).

A spirituality of the long haul, not of instant success.  Today, I pray that the desire of my heart would be to emulate the example of those who have gone before us.